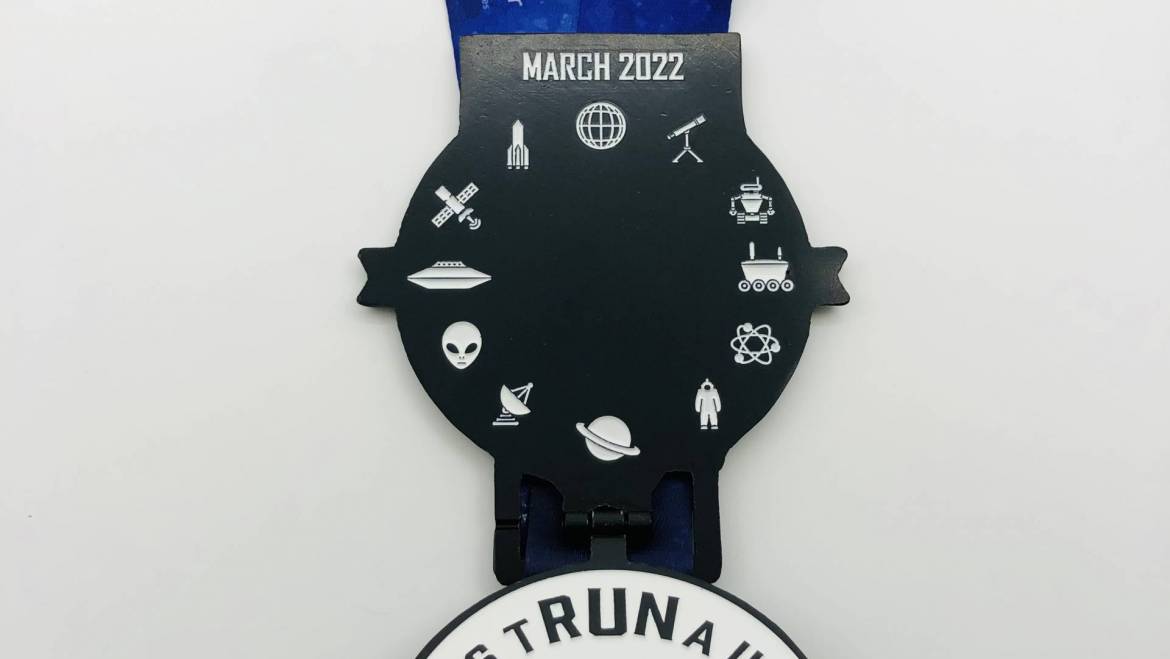 On the inside of our medal you may have noticed 12 little space icons. Each of these icons relates to a “title” in our Space Race challenge that you can earn.

If you haven’t already signed up to our Space Race challenge you can sign up here.

Carefully read the description of each icon and go and complete the assigned run. Once you have completed the run the title is yours. Some are accumulative over the month and others are one off runs. We encourage you to make each title a separate run.

Master of the Universe: The male and female that run/walk the most kilometres during our Space Race challenge.

Lunar Month title: A Lunar Month is the average time between successive new or full moons. A lunar month is equal to 29 days 12 hours 44 minutes. To earn this title you must run or walk for at least 30 days out of the 31 days in March

Full Moon: Complete a run on the 18th of March which is the full moon in March.